There's a video floating around (which first appeared on Kveller) of a boy named Sam making the grandest entrance you've ever seen to his Bar Mitzvah. I think this is what happens when you combine Jews and Texas (Sam is from Dallas), and I mean that in the best way possible.

Normally, I'm not a big fan of lavish parties for children— I can't even watch two minutes of My Super Sweet Sixteen without wanting to jump through the television and strangle the girls who barely tolerated their parties until their parents showed up with their BRAND NEW CAR.

But it's hard to hate on Sam when it looks like he is having the time of his life.

Just so you know— my Bat Mitzvah also had a "show business" theme. "Broadway" to be specific. Except instead of hiring the cast of CATS to perform live at my party, we established the theme by having Playbill centerpieces we picked out of the trash.

I'm not kidding. How else are you going to get real Playbills from multiple shows without actually attending them?

My dad took me to Broadway and we trolled the theaters waiting for people to dump their programs, until we had enough variety to give show names to all twelve tables. (That would explain why "Death of a Salesman" was a table along side "La Cage Aux Folles".)

Then I stood on a hydrant in front of a "Think Broadway" sign and that became my signing board.

If you think Sam looks familiar (as I did), you might be interested to know he has also appeared on Barney. Wouldn't it be funny if Sam's parents aren't super rich of their own making but instead the Barney kids are making major BANK?

They kind of deserve it for having to sing and dance with a purple dinosaur to the worst songs on the planet.

Sam dancing to "If All the Raindrops" would have been a much lamer affair. My Five Day Detox is Complete!

Redesign: Not Sure I’m Lovin’ It 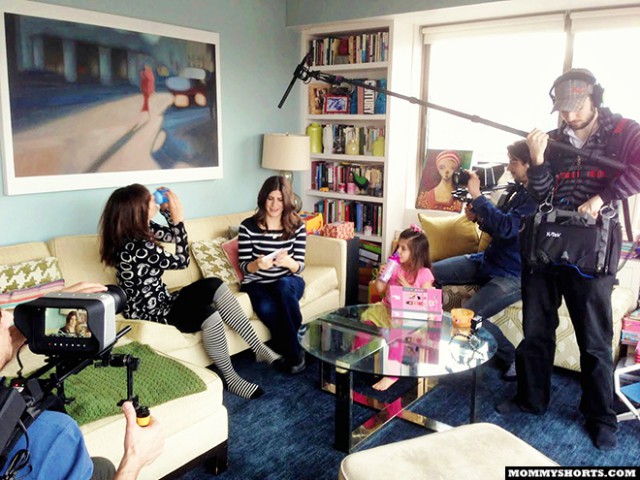