Was Your Baby’s First Word “Mama” or “Dada?” 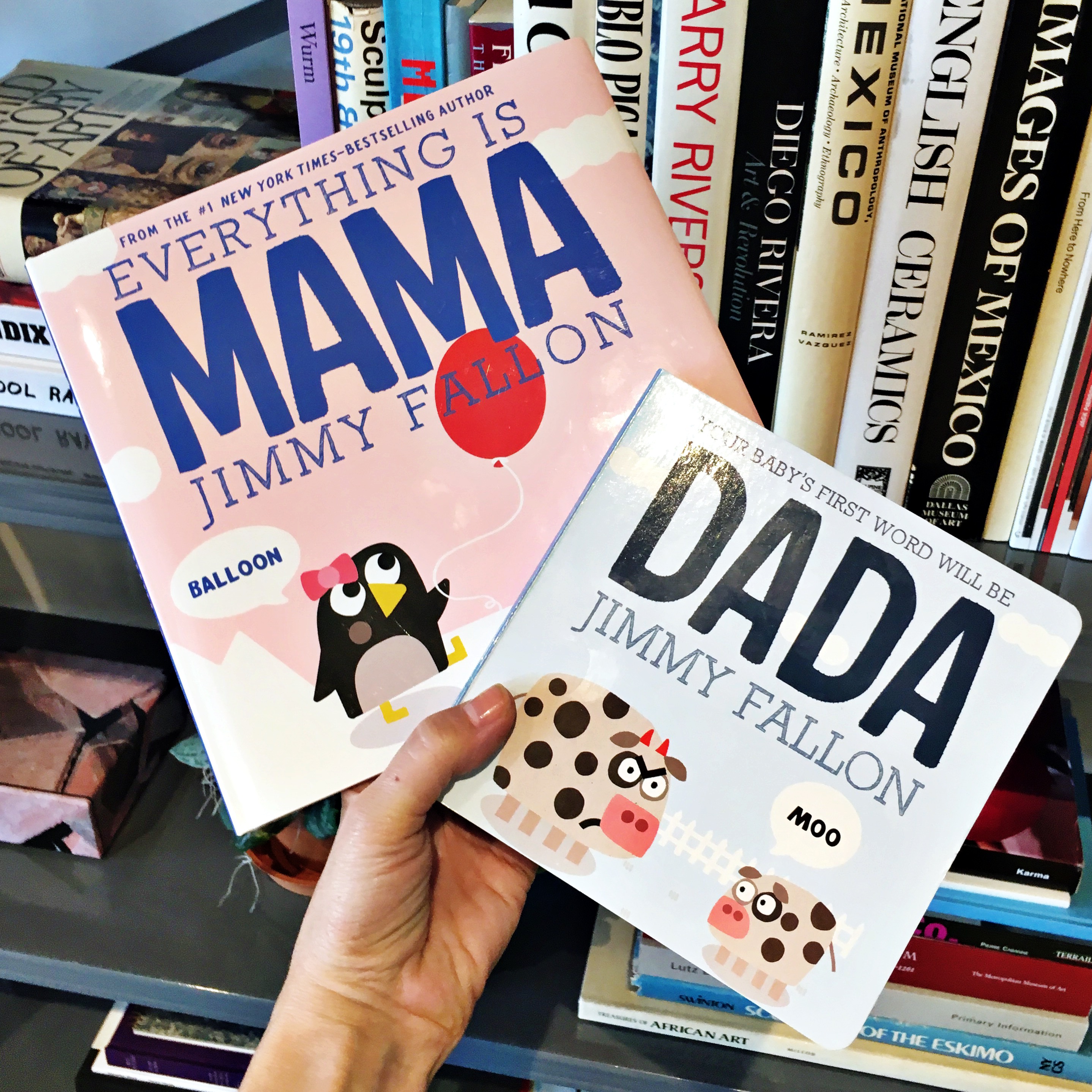 When I was five and my baby sister was born, I remember doing everything I possibly could to ensure that her first word was “Ilana.” I’d say it to her repeatedly, even sneaking into her room while she was napping to whisper it by her ear while she slept. Kind of creepy when I think about it.

It worked though and my sister’s first word was “Nana,” which I was convinced was her way of saying my name. It’s had lasting power too because “Nana” is now what my sister has told her kids to call me. Jack and Neve both refer to me either as “Aunt Nana” or just plain “Nana.” My kids call my sister “Yaya” but that’s because her name is hard to say. I believe “Yaya” is actually Grandma in Greek, but not to my family.

When Mazzy was a baby, I used to repeat “Mama” to her all the time too, but for whatever reason, she said “Dada” way before “Mama.” You can read all about Mazzy’s long journey to saying my name here. Better yet?

My understanding is that the “Da” sound is easier to say than the “Ma” sound so many babies actually say “Dada” before “Mama.” It has nothing to do with them choosing favorites, as much as Mike liked to rub it into my face at the time.

Jimmy Fallon, apparently, is just like my five-year-old self. When his baby was born, all he wanted was for her to say “Dada” and repeated it over and over again to no avail. This led to his best-selling children’s book “Your Baby’s First Word Will Be DADA,” in which different Daddy Animals say “Dada” to their offspring without getting the desired response.

A few weeks ago, I was invited to an event at the Rainbow Room (that’s the top of 30 Rock which also houses NBC) to celebrate the launch of Jimmy Fallon’s follow-up book, “Everything Is Mama.” I guess, in the short time since his first book (his baby is now four), Jimmy learned that even if you get your baby to say “Dada” first, you might still find yourself playing second fiddle to Mama. In his new book, every word that is said by the parent, is met with the word “Mama” from the child. Shoes, apple, sun and yes, even waffle (my personal favorite.) Today, I’m giving away a set of both books. I wish I could say they were signed, but alas, I lost my nerve to go up to him. It seemed a little weird when everybody else had brought their kids to the event. Mazzy and Harlow were in school and were pretty pissed that I did not pull them out.

“How do you even know who Jimmy Fallon is???” I asked.

“From Taxi TV!!!!” They told me. Segments from the Tonight Show do indeed play in the back of NYC cabs. I wonder if Jimmy Fallon realizes he’s gaining tiny fans without even trying. To win, just leave a comment below telling me your kid’s first word. I’ll pick a winner at random on December 13th!