This Pregnancy Photo Series is Both Honest and Hilarious When most women have professional pregnancy photo shoots, they take pics in a field or silhouetted in the window of their fancy boudoir. Their hands lovingly wrapped around their fully baked tummies. Their eyes gazing downwards with adoration for their unborn babies.

The takeaway being that pregnancy is beautiful and perfect. That these women couldn’t be happier with their current set of circumstances.

If you have ever been pregnant, you know fully well that is only half the truth.

Danielle Guenther, the photographer who you might remember from her hilarious “Best Case Scenario” photo series (and the photo she shot of me with Rachel Dratch), is busy taking photos series that portray a much more realistic version of impending motherhood.

The morning sickness, the cravings, the discomfort. My favorite (and the one I most relate to) is definitely the photo of the business woman barfing in her purse during a board meeting up top.

Danielle is a good friend of mine and she answered a few questions about her goals with this new project.

What do you think about the normal pregnancy photo shoots that people do?

“I think everyone has different views on what kind of pregnancy images they want, and both are beautiful, but my images are more of a conversation piece. They may be staged but they are also a bit more raw and honest.” What do you want people to takeaway from the series?

“Well, I hope people find humor in the images. Laughter is the best medicine for our souls, and I hope when they see the photos, it brings a smile to their face, or at least eventually after the shock from the honesty.”

Which photo do you most relate to the most from when you were pregnant?

“I had this overwhelming fear that my water would break somewhere very unusual and I would be stranded.  I gave birth in NYC but we had to drive in from the Jersey side once I was in labor. I had no idea if I was going to be stuck in the tunnel or if I wasn’t ever going to make it in. My water ended up breaking in bed at 4:40am, and we waited until rush hour was over, then we called a car service. I brought a towel to sit on….I feel so bad for that driver still to this day!” Do you know the term pregnancy/birth amnesia? It’s where women supposedly forget about how difficult labor is, so they feel compelled to do it again. How true do you think that is?

“Funny you say that because I’m still traumatized by my birth experience seven years later. I occasionally have nightmares that I’m giving birth. I really can’t talk about it right now or else I’m afraid I will have an anxiety attack!”

Do you think men would be able to deal with birth and pregnancy?

“Wait, is that a serious question? That’s a joke, right?  Ummmm…have you heard of a ‘man cold’?”

The photo titled “Priorities” (pictured below) is hilarious. What was your pregnancy craving?

“Everything sugar and fast food. I survived on Carlos Bakery’s huge chocolate chip cookies, ice-cream, and McDonalds french fries. I’m surprised my kid didn’t come out with a tail.  He did come out with a mohawk though….just sayin…” For women who have never been pregnant but might be in the future, what is the one thing you want them to take away from this shoot?

“We’ve all been through the crazy issues of pregnancy. You can talk about it. I promise that once you do, everyone will open up. Roll with the punches, laugh a little, don’t take it too seriously. I took my pregnancy way too seriously and was worried about everything. Looking back, I was completely bonkers. I was reading every week what was normal and what was not. I even rented a heart monitor for the pregnancy and would constantly check his heart beat. I was really nuts. I don’t think I would want to be friends with my pregnant self! If there was a theme song for my pregnancy. I think it would be the sound of a cuckoo clock.”

I Love the photo of a pregnant mom grocery shopping with toddlers titled “Calling for backup.” What is the one thing you want our partners to take away from this series?

“I hope that our partners can understand the emotional and physical struggles women deal with during pregnancy, and to have some compassion. Also, if we ask for a tub of ice-cream at 3am….please go get it for us. And PLEASE…PLEASE paint our toes.” What’s a pregnancy scenario you would still love to shoot?

“Oh, there are so many inappropriate ones I have in my mind…just trying to figure out how to make them PG!”

If you could go back in time and just have your same baby handed to you instead of enduring the nine months of pregnancy, would you take that option?

You can see more of Danielle Guenther’s work here and you can follow her work on facebook. 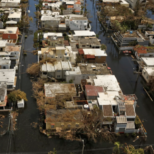 How to Help In Puerto Rico Elmo was Used in the Making of this Movie