As I've mentioned before, Mazzy is obsessed with electronic devices. Cellphones, remote controls, laptops, etc. Basically anything with buttons or lights. Extra points if I seem especially attached and overprotective of it. My husband and I have a running joke about whose phone she likes the best. He says she likes his Blackberry because of the buttons and I say she likes my iPhone because of the larger screen. We took this video to settle it once and for all when Mazzy was about six months.

iPhone VS. Blackberry from Ilana Rosengarten on Vimeo. 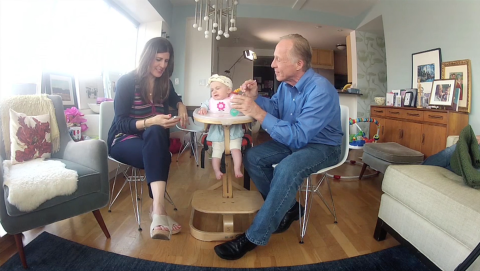