For those of us doing our part by staying home, it sometimes feels wrong to complain when so many others have it so much harder. So, I wanted to give everyone special permission to unload their pettiest complaints about their partners or their kids, that is currently driving them nuts.

For me, it’s that my husband likes to keep all the shades up in our bathroom, including a very large window right next to our toilet, which gives the entire neighborhood a clear view. So, every time I need to pee, I first have to take an extra two minutes to shut all the shades, only to find them opened again the next time I go in there. It’s particularly disconcerting at night, when me on the toilet is basically a spotlight in the sky. One thing I like about bathrooms in Manhattan is that none of them have windows!

Based on the tons of responses I got, it’s fair to say that lots of people have petty complaints they need to unload right now. Isn’t it nice to have a place to complain without judgement?

36 Parents Share Their Pettiest Complaints About Quarantining with Family

1) “Lately when I decide to declutter, my husband will rescue the cheap toys that are getting thrown away. Which is infuriating because we have way too much stuff. The mess bothers him more than me, and yet he’s unwilling to part with the Happy Meal Scooby Doo van. We have two!” – Mary Ann

2) “My daughter is constantly filling up the bathroom sinks so her toys can have a pool party.” – Evelyn

3) “My husband won’t make the bed. He’s the last one up and he somehow unmakes the bed like this every night. How does this even happen? When I sleep alone, the bed basically still looks made when I get up.” – Andrea 4) “We have been getting lunch bundles from the school for the kids. These come with juice boxes. The 14-year- old is INCAPABLE of throwing away the damn tiny plastic straw wrapper.” – Elizabeth

5) “I’m the only one who refills the Brita pitcher and ice cube trays.” -Nicole

6) “Why do 11-year-old boys need to clown around for 45 minutes before settling down to work? Every day, it’s nearly an hour of— fetching a different glass of water, typing some random sentence into Google so it will translate into Spanish, checking Google classrooms on your phone for the assignment you have already loaded on the Chromebook, sharpening a pencil that you don’t need to do online assignments, singing a song, doing a skit based on your brother’s math video, complaining about the voice on your own math video. IF YOU JUST DID THE WORK, YOU WOULD BE FINISHED ALREADY. I can’t even.”- Sarah

7) “My 3-year-old loves to sing ‘Johnny Johnny,’ and wants me to participate every time. She can go well over an hour before she decides to move on. I’m usually fully twitching by that point.” – Melissa

8) “If our Roomba wakes me one more time because it won’t stop chirping due to it sucking up one of my husband’s socks, I may smother him in his sleep.” – Courtney

9) “I accidentally bought these stupid mega rolls of toilet paper. They don’t fit in our dispenser, so I saved them for diaper changes. My husband keeps putting them in the bathroom (THE WRONG WAY, BY THE WAY) and I have to manually unroll the toilet paper, because if I pull it, like I normally would, it rips off one square at a time.” – Yelena

11) “Now that my husband is working from home part-time, he’s using some of that time to practice piano. He’s a high-level amateur classical pianist, but it’s also VERY LOUD. The rest of us have to shout to each other to be heard. It’s like being at a weird nightclub during the day and the other people keep yelling at me for snacks. Plus, sometimes I just don’t need someone playing the piano!! I miss having silence.” – Alexandria

12) “I love train wreck reality TV (Love After Lockup, 90 Day Fiancé, etc) and I would love to just watch a few episodes and relax, which I used to be able to do while my kids were at school and my husband was at his actual office. But NOW I have to pretend like I DON’T like those shows. Every time I try to watch after the kids are asleep, I get lectured about how horrible it is for me and only encourages the makers of such bilge. Living this lie is making me crabby and sad.” – Cheryll

13) “The battle over the temperature is driving me nuts! Someone is hot, someone is cold. A heater is on while the fan is running; windows are open while blankets are piled on. And then my husband gets home and he’s in a whole different climate zone from anyone else, so some days, we’re frantically turning the heater back on and closing windows when he’s on his way, others we’re starting the AC, and he’ll still adjust/open/close things when he walks in!” – LJ

14) “My son has decided he no longer wants to live in his bedroom, but rather in the blanket fort behind the couch. He’s also taken over the rest of the room. I’m about to go build myself a She-Shed.” – Jody 15) “My husband is on a health kick. He’s using my treadmill and the Life Cycle every day! He’s lost 20+ pounds, while I’ve been gaining and losing the same 2 pounds for 3 months. And his new healthy self is really hard to cook for.” – Heather

16) “My husband is like ‘I put the sheets on the bed!’ And acting like he needs a parade to celebrate his ‘accomplishment’ when it’s his bed too. Where is my parade for planning, ordering, picking up the groceries and then cooking and cleaning up from almost EVERY MEAL, doing the laundry and managing our half-wild 7-year-old? Don’t be rubbing my knee and giving me a kiss on the cheek like all of a sudden you’re going to be getting some action tonight on those clean sheets!” – Morgan

17) “My husband has taken to micromanaging everyone’s schedules. As soon as our eyes open, he starts asking about the ‘plan for the day.’ Then during the day he likes to suggest tweaks. ‘Why don’t you go outside now, and Mom will do math with you later?’ ‘Why don’t you take your walk at 2:00 instead of now?’ And when he has a moment to tackle a project (today at lunch he got the idea to clean out the fridge), he likes us all to stop and join him. I love him, I love that he is involved, and I know he’s trying to grasp onto any control and organization he can find in a very out of control world. But it’s driving me INSANE.” – Meredith

18) “My 5-year-old thinks it’s funny to lock the bathroom door from the inside when he’s done using it. So multiple times a day, whenever someone has to go to the bathroom, we need to get a skewer to pop open the lock. It was funny the first time. Seven weeks ago!” – Kristen

19) “The TV is on ALL DAY! And not good British procedurals. Reruns of stupid 70s shows. I’ve watched every episode of EMERGENCY! a million times. And Love Boat.” – Brenda

20) “The children don’t. stop. talking. Like EVER! They literally don’t even take a breath in between subjects. It drives me INSANE!” – Kaysa

21) “My husband wakes me up on the weekend. He doesn’t want me to ‘waste the day’ by sleeping too much. Everything is closed. I can sleep until 9:00am. Also, my son practices (loudly) for his chorus class. I love him, and I love that he is participating in school, but his voice is TERRIBLE! If I had known that we were going to be quarantined, I wouldn’t have agreed to let him take chorus.” – Lindsey

23) “My husband uses the downstairs bathroom and always flushes the toilet next to my Zoom work meetings. He also eats cereal too loudly, and he sits next to me crunching, while I’m watching TV. He may have to live in the garage for the duration of quarantine.” – Emily

24) “For some insane reason, the powers that be at my daughter’s school felt it important to send home recorders. I am currently trying to see how quickly Amazon can deliver a gallon jug of ear plugs, so that I don’t have to hear Hot Cross Buns for the 856th time this hour.”  -Jennifer

25) “Everyone chews SO LOUDLY. Including the dog. My husband and I both sit at the dining room table to work, and our 5-year-old and 2-year-old are usually in there with us too. And everyone chews, licks and swallows constantly. It drives me CRAZY.” – Maggie

26) “Last week I was so bored that I hand-washed dishes instead of putting them in the dishwasher. My husband said he’d put them away. Those plates sat there for seven days. I kept eyeballing them but refused to touch them because HE SAID HE’D DO IT.” – Paige

28) “I got pretty fed up and made a chore list. My husband’s response was ‘why does everyone on here have something assigned to them but you?’ I said, ‘well, you see, I’m a grown adult and know what I need to do.’ With alllllll the side-eye I could give.” – Morgan

29) “I have to hide five forks every morning so we have them for dinner, because the kids go through all the silverware during the day eating their 100 meals.” – Kelly

30) “My 6-year-old daughter begins every sentence with ‘recognize.’ ‘Mom, I recognize I need to watch TV now!’ ‘Do you recognize I need a drink?’ I love her, but I am not going another week recognizing everything.”  – Deborah

31) “Both my husband and I are working from home, and our desk setups are within 15 feet of each other. He is by far the worst coworker I’ve ever had. He sings loudly (not to mention out of tune) all day. I can hear him over my headphones. He taps on the desk with a pen. He shakes the chair constantly. Not to mention how many news articles he sees and makes me stop what I’m doing so he can inform me of all these new facts he’s learned. I’ve lost count of how many times a day I have to tell him to quiet down. Usually I’m reading the same email at least five times because I can’t concentrate with him.” – Danielle

32) “I hate it when my husband lumbers out of his office and is like, ‘I’m here to help with school!’ I’m the one who has spent the last seven weeks dealing with these horrible apps, so he doesn’t know how to do anything, and then I end up homeschooling a fourth child.” – Emily

33) “My husband is working from home in his workshop/large man-shed, while I’m in the house with a 2-year-old and a 6-year-old, trying to keep peace, clean, field occasional work calls, do school work, stop them destroying things, etc. Only to find that sometimes he’s just playing with his tools! And that’s not even a euphemism!” – Mel

What petty complaints would you like to make today? Seeing My Mom at a Distance on Mother’s Day 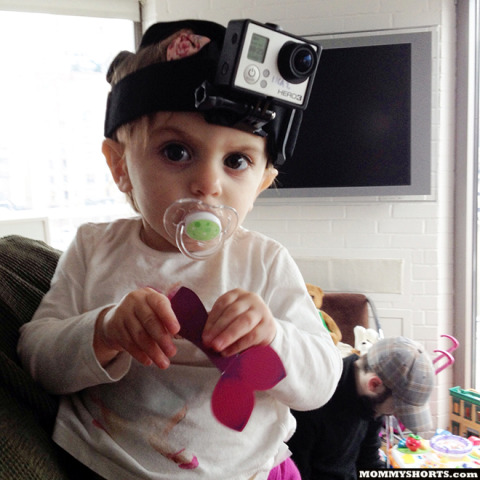